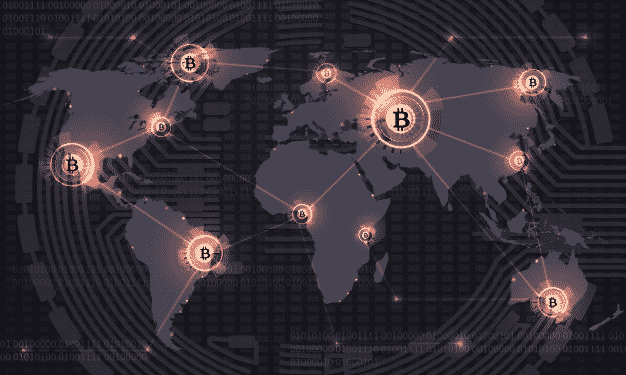 Bitcoin(BTC) is a type of cryptocurrency invented by Satoshi Nakamoto and introduced on January 3, 2009. It is operated by a decentralized authority, unlike fiat currencies, and can be sent from one user to another through peer-to-peer (P2P) BTC network without the need for a third party. The first mined BTC is Block 0. Bitcoins are neither issued nor backed by any governments or banks, and at the same time, individual BTCs are not treated on par with valuable commodities. But, despite not being a legal tender in many countries, Bitcoins enjoy relatively high popularity on the charts and have paved the way for the introduction of many other virtual currencies, collectively termed Altcoins. As of October 2019, BTCs new price point is between $8,000 and $9,000, and the technology enjoys a good record-high 114 quintillion hashes/second.

Blockchain into the Picture

Bitcoins are created, stored, and traded via a public digital ledger, a decentralized and distributed system, called blockchain that came into existence in 2008. In other terms, it is a timestamped database that is unchangeable and run by a computer network not regulated by a central authority. Each of these blocks is secured and bound to one another via cryptographic principles. Its benefits include accurate tracking, increased transparency, permanent ledger, and cost reduction. 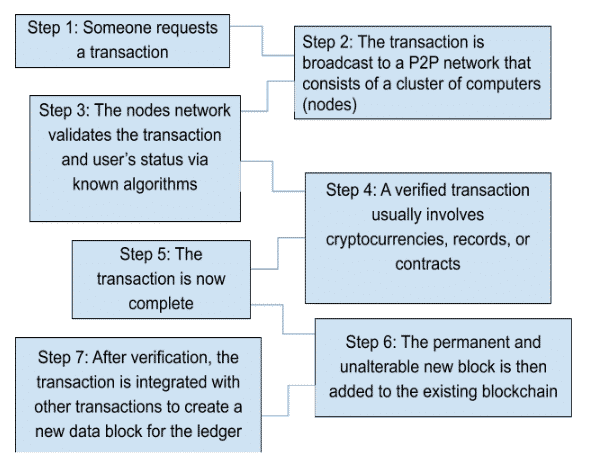 Byzantine Generals’ Problem is a computer-based problem theorized in 1982 by mathematicians Marshall Pease, Robert Shostak, and Leslie Lamport. The problem is an analogy used in the illustration of a consensus requirement for DLT (distributed ledger technology). Touted as the major stepping stone in the development of a safe, decentralized e-voting system, the problem describes a situation where the parties involved must agree on and create a single strategy that could avoid complete failure, while the other involved parties, the rogue and malicious ones, might disseminate wrong or unreliable information causing the whole system to collapse.

In a blockchain, all participants and nodes are of equal hierarchy. Therefore, all the nodes of the same network work together to control the system effectively. The agreement between the nodes is called a “consensus.” The solution involves some solid computing work, hashing, and proper communication between all the nodes to verify the message that could neutralize threats.

Blockchain offers a self-governed method to manage a user network. Each blockchain comprises numerous data and is constantly updated. Cryptocurrency developers have ensured that these data are tamper-proof, unlike in the Byzantine problem, where the communication channel (the defender city through which the messenger passes) is unreliable. Sending a pure text is suicidal.

The impact of the Byzantine problem and the practical application of the corresponding solution is also referenced in the paper “Bitcoin: A Peer-to-Peer Electronic Cash System.”

Some of the problems cryptocurrencies can solve include:

Other similar problems include the consensus problem, execution problem, and dilution problem.
Cryptocurrencies were born out of protest. If states had their monetary system properly structured, a system that treated everyone fairly, then probably Bitcoins would not have been invented at all. The crypto industry functions because it solves many things, and will continue to soar if the implementation of harebrained economic models does not stop.